The state of Wisconsin produces about a quarter of the cheese that is made in the United States. This effort comes from the farms, or from the milking itself that sometimes occurs in conditions of temperatures below zero degrees Celsius. That symbolizes the spirit of the working people of this state, which also uses its Green Bay Packers as an emblem.

In fact, Wisconsin takes agriculture seriously, as more than 64,000 farms that contribute billions of dollars to the economy each year have their homes here, so it’s evident that cheese is very important in this state.

That’s why solving the equation is so easy when trying to discover why passionate and faithful Packers fans, wherever the team plays, go to stadiums to support their team wearing some colorful hats that looks like a huge chunk of cheese on the head, the Packers Cheeseheads. But there is a context that goes beyond a simple relationship with the state that produces the most cheese in the United States.

The origin of the Packers Cheeshead

All of this stems from the sour, long-lived, and passionate rivalry the Packers have with the Chicago Bears. When they won Superbowl XX in 1985, fans of the Windy City began derogatively calling their rivals “Cheeseheads.”

This insult is a childish way of calling someone an “idiot.” However, the insult went wrong, since they gave a new symbol of pride to this state’s residents because cheese is precisely their most important product.

But the Wisconsin natives were not offended, quite the contrary. In fact, in 1987, a man named Ralph Bruno appeared at a Milwaukee Brewers game wearing a hat with a cut similar to a piece of cheese that he made with the foam padding from an armchair that was his mother’s. Since then, it has become a popular piece, particularly for sports fans and Wisconsin residents.

Rather than being teased for carrying the alleged piece of cheese on their heads, Brewers fans started asking Bruno to make hats for them like theirs. In fact, Bruno says that he took his hat to a party, and then a girl approached him to ask him to lend it to her because he wanted to try it on.

At that time, he was able to observe the potential that he had as a business, and with his experience in the patent area, he began to think about how to create molds to be able to make more cheesehead hats.

It goes without saying that he managed to get his answer, as he eventually started making the Packers cheesehead hats, which he would later sell at sporting events in Wisconsin with great success. He would then be able to establish a company called Foamation Inc., which is the one that, under patent registration, manufactures products alluding to cheese, which is a success in that region and that the Packers were in charge of making popular.

Although after winning Super Bowl I and II, the Packers had a long dry season when it came to success. It was not until 1997 that with Brett Favre, laurels re-greened, and Green Bay fans became proud of their team again. They crowned themselves at the expense of the New England Patriots in Super Bowl XXXI, and that was when the Packers Cheeseheads gained relevance and notoriety.

The famous hats, which reinforced the identity of fans of Green Bay, the smallest city (just over 100,000 inhabitants) in the entire NFL that owns a franchise, became famous beyond the confines of Lambeau Field when Aaron Rodgers, Under head coach Mike McCarthy. They conquered Super Bowl XLV by defeating the Pittsburgh Steelers. It was there that the Cheeseheads remained an undeniable symbol of the identity of one of the most charismatic franchises in the NFL. 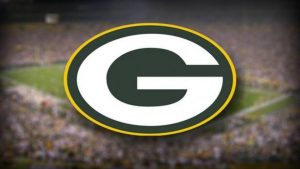 The Packers Cheeshead hat: one of the most original symbols of pride

Bruno said that his creation had become a symbol of pride, not only for the people of Wisconsin but also for all the Midwest people. He doesn’t know exactly how many he’s sold, but it’s enough to put together a line of cheeseheads from New York to the West Coast.

Current models of cheese head hats not only include the original cheese chunk design but offer variations such as cheese baseball hats, cheese protection helmets, and many more.

Bruno has even claimed that sales always go up when the team is doing well, so sales should go higher this week with the Green Bay Packers visiting the San Francisco 49ers in the NFC Championship Game. Bruno said that his company usually must add additional shifts to help meet demand in these times.

Today, his company manufactures the iconic Packers cheesehead hat, but they produce all kinds of foam products. He even offers tourists a tour where they can make their Packers cheeseheads hats and thereby bring their Green Bay Packers fanaticism on another level.

The influence of this symbol is so significant that the logo of the Green Bay Packers was slightly modified to combine with the Packers cheesehead hat. Initially, being a team owned by a public company, the Acme Packing Company, its logo served as an emblem of the football team, which had an independent image until 1951, made up of the word PACKERS with a football ball in the background.

This emblem changed in 1956 when the image of a player throwing a pass with Wisconsin’s silhouette and an ovoid in the background was used. In 1961 the team’s iconic “G” was introduced, which had a slight modification in 1980 with the yellow outline’s inclusion.

This yellow color is not a coincidence since, although they changed their colors from blue and yellow to green and yellow, this last color was kept to match perfectly with the cheese heads, implying that this symbol has always been connected to the team and their fans.

Today, using a Packers cheesehead hat is much more than a symbol of pride, it is a representation of a great team that managed to unite their fans in such a way that they can hold their head high with one of the most pathetic attempts to dent his spirit: A cheeshead.