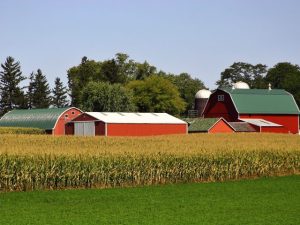 The year 2021 has been an eventful year for farming in Michigan. There is a big hope of going back to normality after the devastation of COVID 19. However, there has been many challenges all the same, fire for instance. This paper will discuss farming in Michigan and the major in 2021.

Like in most states, Michigan is not heterogonous in the type of farming that can be carried out. There is a lot of variation that comes due to the specific regions. Therefore, most of the Michigan residents prefer to grow and farm what others are doing. There have been cases where farmers lost a lot of their investment.

The following are the main categories of farming in Michigan:

–Dairy farming: This is done in the southern as well as the central parts in the Lower Peninsula

-Dry, soy, and beans are mainly grown in the Saginaw Valley

-Nurseries as well as green houses are farmed in the Detroit Metropole including Macomb, Wayne, and Oakland

Having discussed that, there are various factors which can help a Michigan farmer determine what to farm. These are the following:

–Physical factors: The physical factors which determine what a Michigan farmer should farm are the type of soil, topography, and climate. Because there is little that a Michigan farmer can do over the amount of rain, then one can make a decision to do irrigation. Productivity can be improved through modifying acidity, fertility, and organic matter content. Some farmers decide not to till their land in a certain season in order to enhance the fertility of the soil. Others use natural solutions such as mulching.

–Economic factors: Every farmer has to do a thorough analysis of the amount that is going to be spent in farming. Some types of farming are known to be capital-intensive, and one needs to be prepared early enough in order to gather the necessary funding. The good thing is that the US has some reliable sources of funding which a farmer can exploit in order to start a farming project. It should be noted that one may need to buy a farm in order to start farming, and that is not cheap.

The Winter and Wheat Crops

The year 2021 has been a challenging time for the wheat farmers in Michigan. In the year 2021, temperatures reached as low as -18 degrees Fahrenheit. Farmers started getting worried that the cold temperatures would start affecting the wheat crop. This is more so because there is little that one can do about winter.

The Michigan Farmers Union plays a critical role in the protection and enhancing the opportunities that farmers have in Michigan as well as Michigan Welding. In addition to that, the union has played an important role in improving the lives of the Michigan farmers, and its achievement in the course of years is a testimony to the same.

The union holds that if the rural communities are to thrive, then, family agriculture is of paramount importance. The union advocates for a grass root structure where policy decisions can be locally implemented, and therefore, have an impact on the local population of the people. The union is a respected voice on critical agricultural issues, not just at the state level, but at the local level too. The union has made a concrete strategic plan in order to help the farmers in Michigan in a better way.

Some farms in the US are so unique that they are a tourist attraction site. In such cases, families and children can spend time together as they sightsee the farms and learn a lot in such activities. The Michigan agri-tourism Association has recognized Michigan as a rich agricultural state. It’s a non-profit association which supports the industry through networking, problem resolution, advocacy, as well as education.

There are farms in Michigan which warmly welcome the visitors. This can be for the purpose of educating the visitors or just for fun. Agritourism destinations are evolving, and they are growing. Farmers should learn the best way of tapping the potential that comes with this type of tourism.

Use of Farming Technology

Michigan has not been left behind in the use of farming technology. Michigan State University is the pioneer and the leading example of farming technology. The Institute of Agricultural Technology, Michigan State University, was founded in 1984 in order to help the Michigan farmers improve in their yields. By then, the technology in use was not anywhere compared to what the modern world can provide, but it was a great achievement all the same. The Institute of Farming Technology aims at offering career-ready farming skills that offer training as well as professional experience.

Other farmers have used technology from as far as China. This is because technology sourced from such technology can be cheaper than American technology, though not necessarily of the desired quality.

Agriculture and farming in Michigan is not very consistent, unlike the mid-western, the prairies, and the corn-belt. This is due to climatic characteristics, drainage, topography, and heterogeneous soils. The southern half, the Lower Peninsula, has the largest amount of land which can be cultivated, and has the most farms. The rest of the state has poor agricultural conditions.

Low prices for farm produce are a problem that cuts across farmers in the US. It has been estimated that since 2013, net income that farmers gain has reduced by a half. Unlike in some professions where farmers are cushioned against inflation, farmers continue to face challenges that come with the rising cost of goods and services.

Michigan has cried foul over issues in international trade arising. Tariffs on crops such as soya beans have had a negative impact on farming in the state. Many Americans farmers complain that they are receiving unfair competition from China, and they have requested the American government to intervene in protecting them.

Farmers in Michigan have cried foul over lack of labor during the harvesting season thereby leaving the produce to rot in the farms. For example, farmers in Grand Rapids contacted the authorities over the fact that they cannot get enough laborers to do the harvesting of their farms. The most affected crops are tomatoes because they go bad fast. Other affected crops include cucumbers, apples, and cantaloupes.

The number of farmers in the US is declining. In the US, the average American farmer is 58 years old. The younger generation is simply not interested in taking over such farms. Fred Leitz, speaking from Sodus, Michigan, is worried that he could be the last one in his family to engage in farming, and he is worried about who will inherit the farm. Such a problem will affect the entire state because it will not be easy to feed the state.

The US does not fair badly in economies of scale. However, states such as Michigan need better opportunities if they are to take advantage of economies of scale in their farming endeavours. The state can do this through encouraging mergers across the state.

There are three main solutions to the problem of labor shortage in Michigan farms. To start with, the US should make it easier to pass legislation which is going to allow a significant number of guest workers into the country. The workers do not have to be citizens. Because the farmers may not provide a permanent contract, there should be an agreement that allows the quest workers in the country, and of course, with the right compensation.

The use of technology is one of the surest ways of attracting farm labor. Technology can save on the cost of labor, and it is more reliable than human capital. In addition to that, some types of technology can be used over a number of years. This makes investing in technology a fruitful endeavor.

Like many other farmers, farmers in Michigan have faced the problem that comes with fires. The following cases are an example:

Berrien County, Michigan: This was the scene of a big barn fire which led to the death of several animals. The killed animals include four llamas, a peacock, and some chicken. A call was made to the the Chikaming Township Fire Department, but by the time the department arrived, it could not do anything to save the affected animals. However, the fire did not spread for a very large area.

The Michigan agricultural sector has a lot of potential, and farmers should be prepared for future opportunities. If a farmer is interested in investing in Michigan, he or she can never go wrong. There are ample opportunities in the farming sector and all one needs to do is to check carefully for the same. This can be done through carrying out thorough research on the best farming opportunities.

Farming in the US is an ideal investment. Because many people are shying away from farming, and others are quitting the profession, it translates to less competition in both the short and the long run. Overall, strategic farming carries a high rate of return on investment and is definitely worth consideration.